How body positivity helped me live my life

It’s Mental Health Awareness Week 2019 and this year the spotlight is on Body Image.

Body image is how you see yourself when you look in the mirror or when you picture yourself in your mind.

This is what you believe about your own appearance and how you feel about your body, including your height, weight and shape. It’s also how you feel in your body; how you sense and control your body as you move.

Having grown-up as social media was finding its feet, I’ve experienced Western society’s messages about ‘what’s hot or not’ in both a pre and post-selfie world. 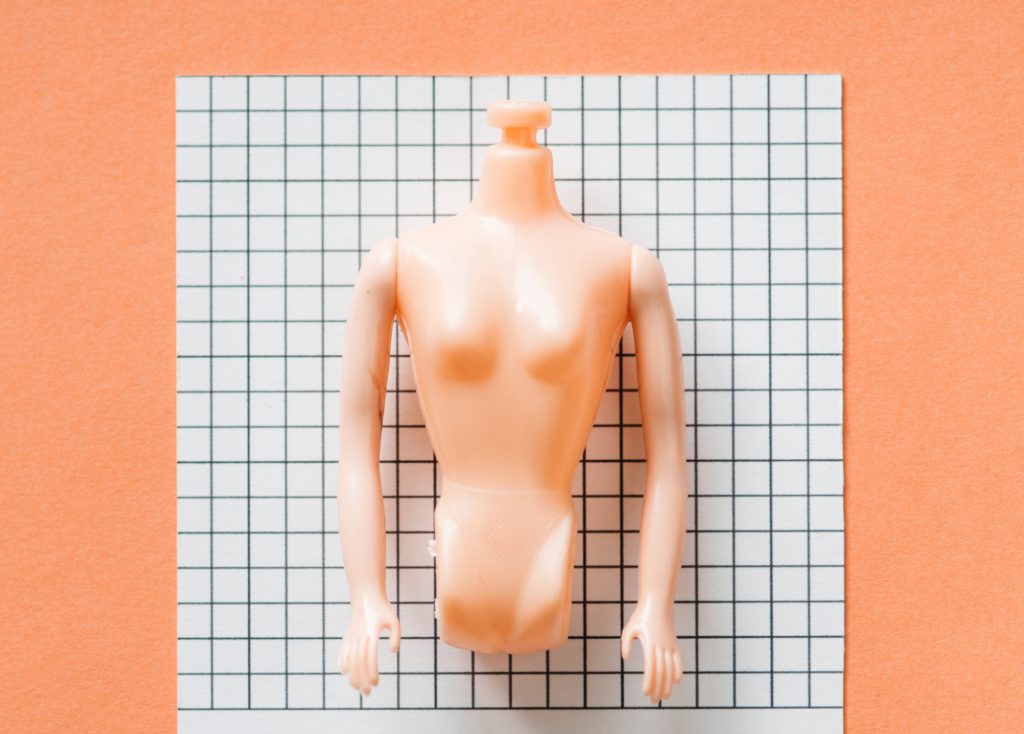 A study in 2017 found that in the UK nine out of 10 girls with low body esteem stopped themselves from eating or otherwise put their health at risk.

Statistics like this are terrifying so it’s brilliant to see the Mental Health Foundation making Body Image its focus for this year’s mental health awareness week.

As someone who’s a big believer in the body positive movement, I was asked to think about doing a blog. I agreed, if slightly reluctantly, as I was worried it would get a bit personal, which it did.

Never ask a woman her age or weight

Despite seemingly everything in the world trying to tell me otherwise, I’ve realised this weight seems to correlate with when I’m happy, busy and experiencing a normal level of stress, and I’m eating regularly.

Apparently, everything about me apart from my weight is the national average, which makes it particularly frustrating that I find it hard to shop for clothes!

Over the last eight years or so I’ve been all sorts of sizes between 10 and 18. I’ve found I’ve been happiest at a higher weight which, when I stopped to think about it, slightly blew my mind. 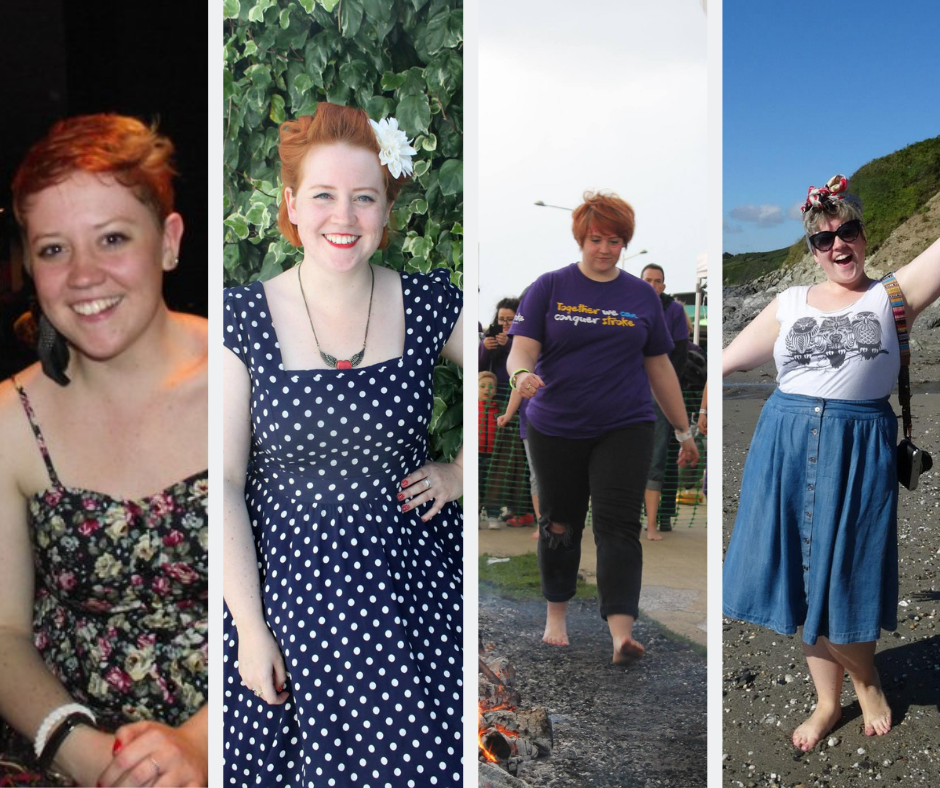 At my smallest, fresh out of university, I was working a gruellingly physical job, had few friends I was seeing regularly and was newly in a (not particularly healthy) relationship. Considering the physicality of my job I hardly ate. I wasn’t taking care of myself.

Thinking back, this period had the potential to really mess with my head as I’ve never had so much (unwanted) attention from men, which at the time I took as a compliment, and I received a lot of unsolicited positive comments about my body from friends and even acquaintances.

Considering I don’t think of myself as particularly strongly minded I’ve somehow been able to reflect and process my experiences of how others treat me depending on what shape my body has been.

Before even finding the body positive movement I’d started to realise that not only are we not all meant to be the same tiny sizes that we’re constantly bombarded with but, for me, caring for myself and my body didn’t mean having to shrink it to be happy.

Without realising, I curated a safe, hopeful space for myself online that actually reflects more what the real world looks like.

A fan of Instagram, most people I know could tell you I love a selfie. I’m big into colourful clothes, over-the-top jewellery and occasionally the full vintage look.

I’ve taken photos of myself for a long time, before social media even existed, partly because I enjoyed documenting my changing style and haircuts and also because both my parents were avid photographers when I was growing up – like the proper kind, with film. 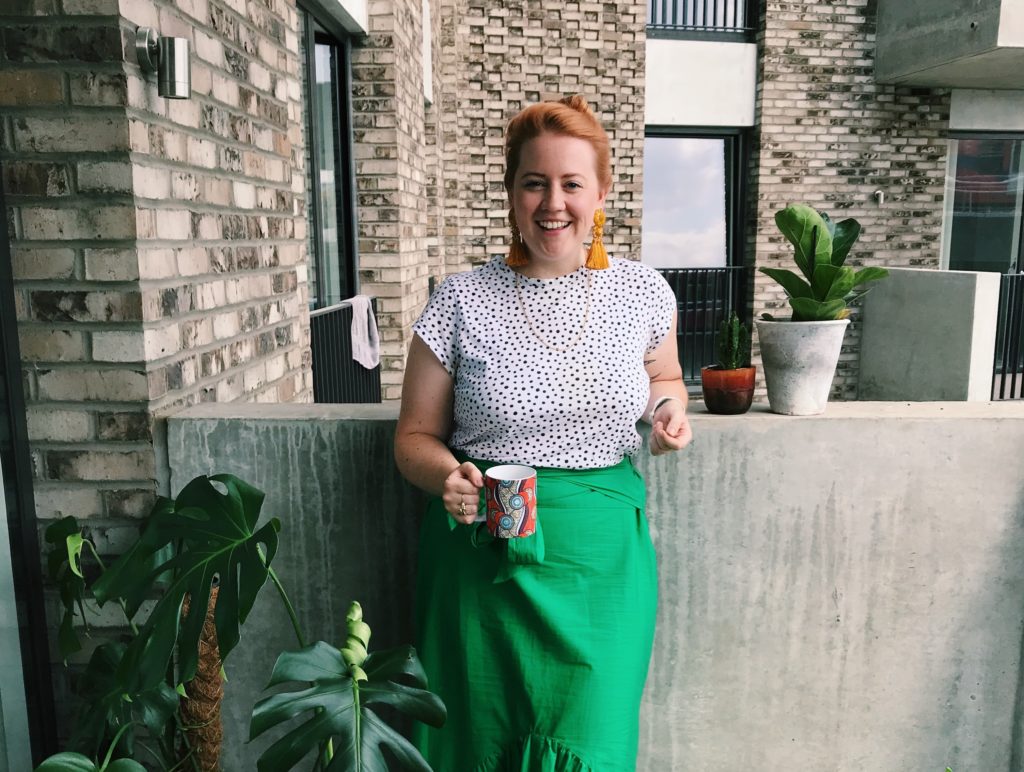 I can’t remember the last time I bought a magazine and I haven’t watched TV with adverts from around 2010.

Social media became my source of mainstream advertising and any influence of companies who monetise the problems that they encourage us to have with our bodies.

Having been on Instagram since around 2012, I noticed about three years ago that the feeds I had curated for myself were diverse, inclusive, progressive and supportive.

This smacked me in the face any time I watched TV at my parents’ or friend’s house. Or if I stopped to flick through a magazine in a shop.

Seeing happy average ‘plus-size’ bodies had become my norm. This also included a more real-world mix of skin tones and people with disabilities.

I’m very aware that despite speaking about the diverse mix of people I see on my social feeds it’s still about objectifying the human body, and these are often still just well-curated accounts trying to sell something.

I feel like that’s important to mention but there are many accounts out there whose aim is purely to advocate body positivity and to undo the conditioning we receive from childhood of what our bodies need to look like to be seen as worthy of love and respect. 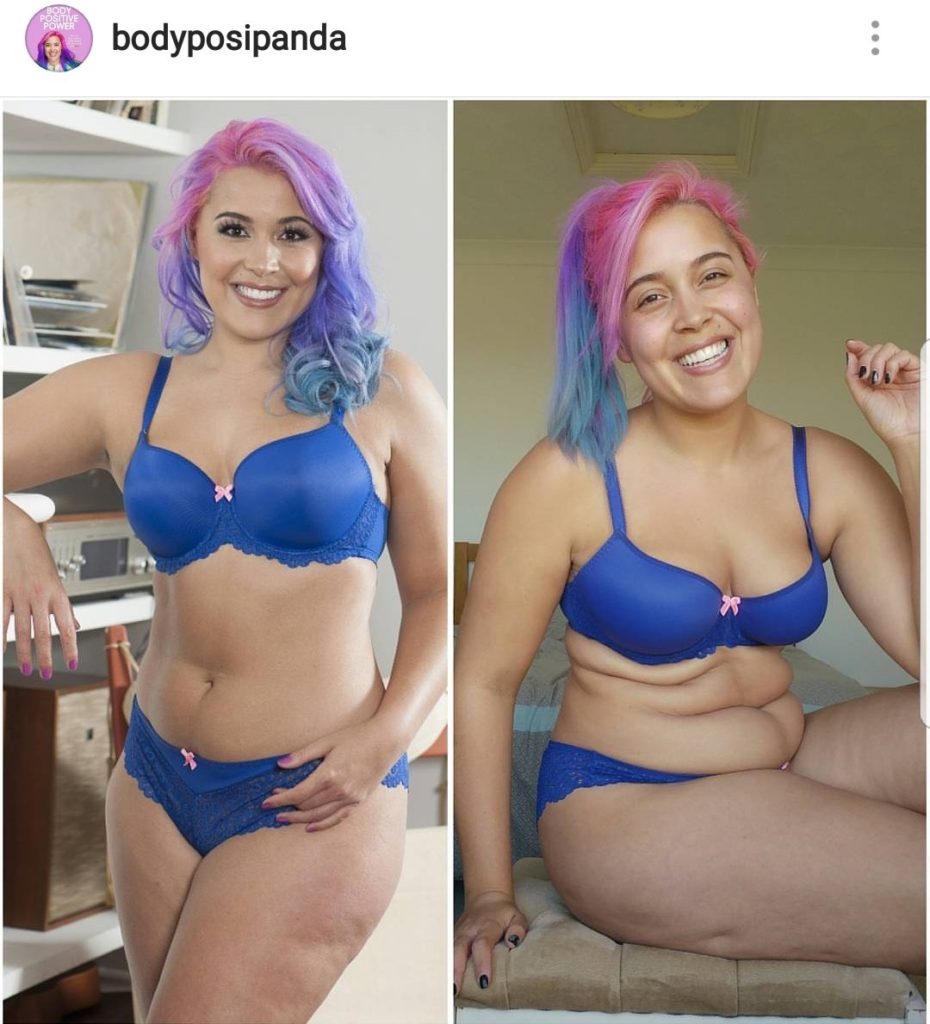 Women like Megan Crabbe @bodyposipanda, who is recovering from an eating disorder, and uses her platform to encourage people to embrace their bodies and not fear gaining weight – focusing on the old but true “it’s what’s inside that counts”.

“We shouldn’t be teaching young girls that the most important thing in their life is losing weight.”

I’ve found these voices incredibly refreshing and empowering. As someone who was very active as a child and young adult and so had a slim body shape, navigating the world during and after puberty when I slipped into obese on the BMI scale, came as quite a shock.

Recognising my privilege and luck

While thinking and talking about this I often tell myself I’ve got nothing to complain about. I’m white, middle-class and grew up comfortably with both my parents in teaching. But the body-shaming I experienced was not ok.

Even from a place of privilege the world can be difficult to navigate growing up. Nothing in school really prepares you.

With everything else you have to deal with in life, nobody should have to put up with people critiquing the body they were born with.

I realise I was lucky to have a network of supportive voices and relationships around me growing up, and still do today, which outweighed the bullying and hurtful comments I also experienced. 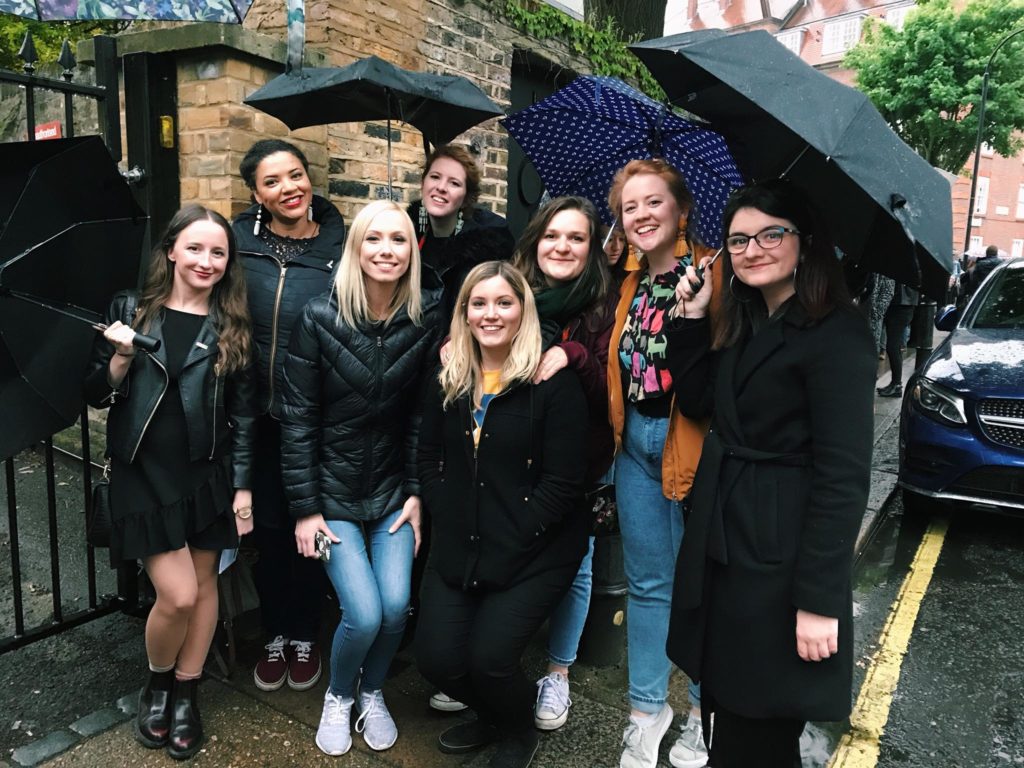 Some of the worst body-shaming I received actually came from family members. I’ve come to realise that these comments stem from their own insecurities and how they’ve been treated but I’ve also realised this is no excuse.

“You’d be stunning… if you just lost a bit of weight.”

A favourite target would be my legs which, I’ve realised from old photos, I’ve inherited from my grandmother. Together my “tree trunk calves” and “chunky thighs” make two very good legs and I use them to dance and exercise for hours several times a week. 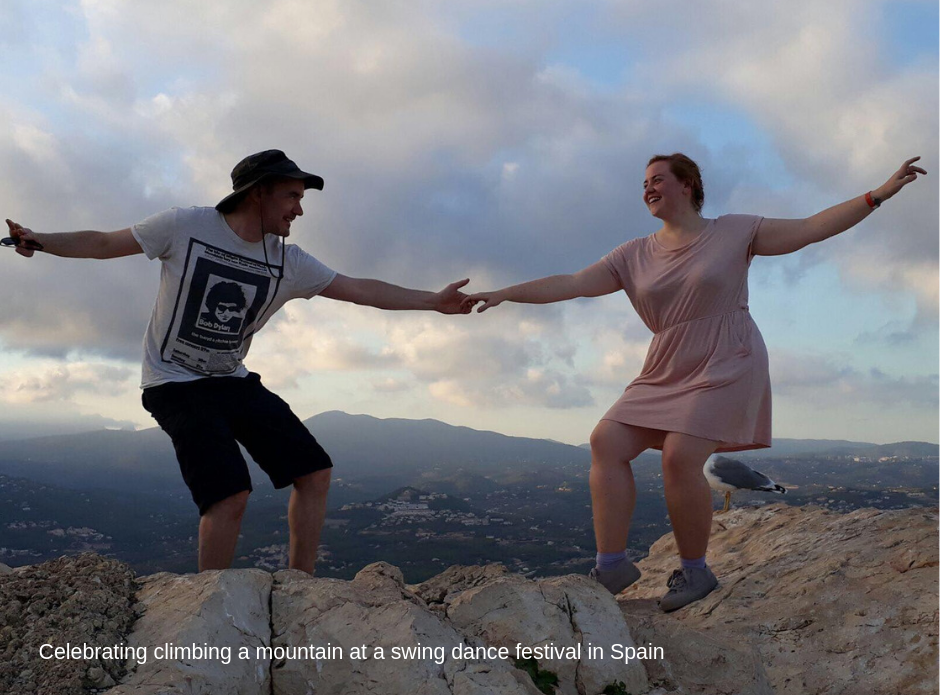 Let’s wrap this up

On visiting any of the accounts I link to in this blog, the first negative comment you’ll see on a photo will usually be about how they’re promoting obesity.

Other than the fact that this is rubbish, 99% of the time they’re trying to inspire their followers to feel comfortable in their own skin, whether that’s wearing just a swimsuit on the beach for the first time in their lives or allowing themselves a biscuit without counting the calories.

I’ll take that over a Kardashian pushing a diet lollipop any day.

It’s taken time for me to appreciate my body, my good health and the confidence with which I’m able to carry myself, especially when I remember the times I’ve been made to feel I should be smaller and take up less space.

If you’ve made it this far, thanks for reading and I hope you’re inspired to practise a little self-love by some of the people I’ve linked to below.

I’m going to end on some brilliant words by poet Trista Mateer,

“Accepting this body
did not mean convincing myself
that it was beautiful, it meant
giving myself permission
to exist regardless.”

The spotlight is often on women’s experiences of body positivity so I’ve made sure to include the accounts of some of my favourite body positive men below:

and some of my favourite ladies: